History of the Automagic Wah Wah

History of the Automagic Wah Wah

The history of the Automagic Wah Wah;
Put your foot on it and the effect is switched on, until today unique in terms of comfort, features and durability.

1997-Nearly 20 years ago, the first Automagic Wah was introduced to the market.
We were the first manufacturer world wide to bring this feature to market-working reliably.
There were two versions of it;
1. an Automagic kit for ‘Cry baby’ pedals
2. an Automagic pedal -in those days Cry babies were modified.
Next to the sensor mat on the tread, three frequency bands could be chosen from via a rotary switch. 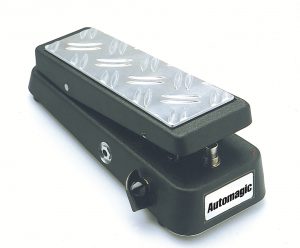 Photo of the first Silvermachine Prototype, still for the Crybaby enclosure and built on hole grid. 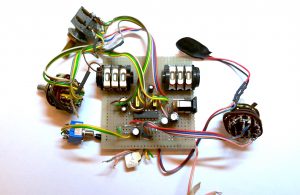 Premiered at Musik Messe 1998 in Frankfurt. 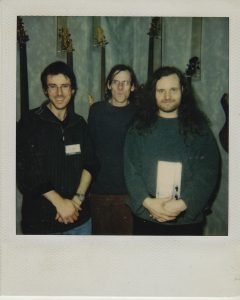 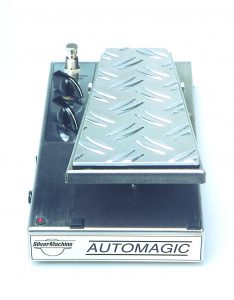 This version has all the features still found on todays Silvermachine;
1. Touch sensitive Technology-the effects is turned on by simply standing on the tread
2  Sound can be blended in/out. Modern / Classic modes.
3. three different frequency bands available via rotary switch
4. 5 positions selectable via rotary switch to adjust the Q factor
6. the balance between the classic and modern modes is internally adjustable.
7. Adjustable volume of the effect was optional until 1999 but has , since 2013 become a standard feature.
Most likely after 20 years still the best performing Wah Wah in terms of signal/noise ratio, through our Low noise technology. 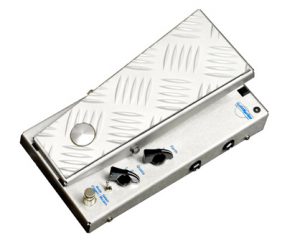 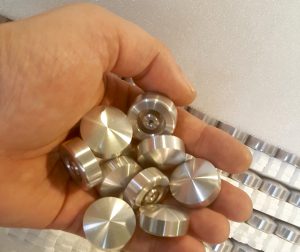